It’s always incredible when someone takes a stand not only by clicking a button and saying “I support that” but by putting themselves physically through a process to make a point. My friend Rebecca Melrose is doing just that and standing up for Refugees in crisis. She is living this week on a set of fixed rations to experience what it’s like to be a refugee and survive on limited supplies. Since 16th June, Rebecca will be working out ways to make her rations stretch over the time – while also maintaining a full time job. Go Bec!

Of course being in our first world situation we can never truly understand the desperate situation these people are in. Through sacrificing something from our lives and making ourselves uncomfortable we can however get a small glimpse. Rebecca has been sharing some amazing updates of how this activity is tracking and I will share some below.

Announcement on the 10th June, 2015: “Everyone who knows me well, knows I am a bit of a dreamer and idealist.

I have two pretty grand dreams:

1. Australia doing its part to alleviate the global refugee crisis by enacting policies which recognise both the value of welcoming refugees, and our responsibilities in the region

2. Become the Queen of England

… Unfortunately on the 24th April 2011, one of those dreams was shattered.

But you can still help me achieve the first. I will be surviving on the same rations as refugees on the Thai-Burma border during Refugee Week, 14-20 June, to raise awareness of the refugee experience, and funds for Act for Peace.

I’ve just received my pack and it was a shock to see a week’s worth of food in a tiny box. All dehydrated starch with such limited nutrition. It doesn’t take much to provide food security for refugees who have already suffered so much – your donation will genuinely make a big difference.

If you sponsor me over $20, you will get a poem. Written for you, by me. I can tell you’re grappling for your wallet now, so I’m just going to leave it there.”

Thank you to everyone who has donated so far! Your poems will be hitting your inbox any day now…

It’s so hard to write poems with no energy. Banjo Patterson must have been so well fed. 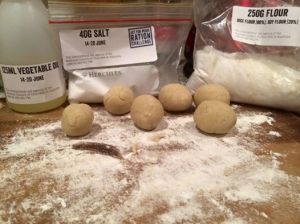 Thursday 18th June: “All I’ve eaten today is this. I’m pretty impressed I managed to make these out of nothing but rice flour, vegetable oil and my actual tears, but this serves as no consolation. 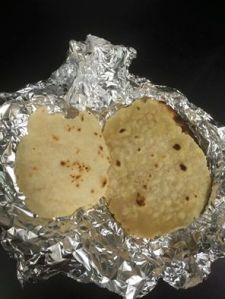 To learn more about what the group is doing and how you can support this initiative, please see below:

The group has already raised over $4000 for the work of Act for Peace, and are hoping to raise $5000 with further community support. Funds raised provide tools, seeds, supplies and training to refugees living in camps on the Thai-Burma border. 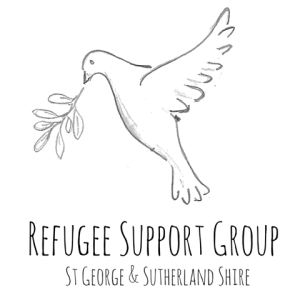 “In refugee week last year, we hosted an interactive Refugee Camp at Engadine and Cronulla,” Ms Melrose said. “We found that the sample refugee food rations were confronting for visitors. It is difficult for most of us to engage with the refugee experience but through something as universal as food, we can begin to put ourselves in the shoes of refugees.”

Rob Taggart of Engadine is halfway through the challenge.

“It hasn’t been easy, as my wife Karina is also doing the challenge and we are juggling work, kids and other commitments at the same time,” Mr Taggart said. “But those challenges are nothing compared to what refugees face: living on small food rations for years and without certainty, having fled their homes because of persecution.”

On 27th June, the RSG, with support from Kogarah City Council, will host Refugee Week celebrations at Kogarah Library from 11:30am – 3:30pm. Members of the public are invited to participate in the interactive Refugee Camp exhibit, where the rations will also be displayed.

At 12:30pm June 27, local high school student and former refugee Abu Turay will deliver a speech titled ‘What would Fraser do?’, recounting his recent meeting with the late former prime minister and refugee advocate Malcolm Fraser.

Following Abu’s speech, the refugee-themed feature film ‘The Good Lie,’ starring Reese Witherspoon, will be screened. Members of the public who wish to view the film should register through Eventbrite.

To sponsor the RSG Team on the Refugee Ration Challenge, or to find out more information about Refugee Week 2015 at Kogarah Library, please visit the RSG facebook page https://www.facebook.com/SGSSRefugeeSupportGroup