Carpooling is not a common thing in Australia and is somewhat frowned upon but in Europe, it’s the way to travel. It’s cheap, fast and easy to organize .Tick tick tick in my book. Definitely try carpooling.co.uk. 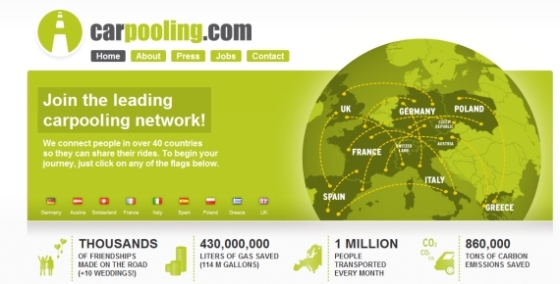 I was a tad intrigued when my friend was saying he could arrange for someone driving from Munich Airport to Innsbruck the night I arrived to get me to his home. It hadn’t worked out and I could only assume it was someone from his network and I was rather impressed that he could reach out in that way. Little did I know that in actual fact it was the carpooling websites.

The name in Germany varies, http://www.mitfahrgelegenheit.de/, but it’s all connected across Europe. I went on the Carpooling.co.uk website and started to investigate. I must say due to the stereotypes of hitchhiking in Australia – I was a little bit timid, this is not something we are encouraged to do. However, this differs ats it isn’t hitchhiking (which is also common in Europe) it’s artranging with people and meeting to take a trip together.

I took a look on the site and the system was clever and easy to follow. The journey from Insnsbruck to my next destination of Nurnberg was to take 3 hours total in a car – WOAH! It had taken 2 hours and 4 trains from Munich and cost 43 Euros, I was seriously dreasding the onward journey. But this was just 16 Euros and the driver we found had a rating of 7 stars.

Once you decide on a driver, you “Book” the trip. You are then sent a text message with the Driver’s phone number and you have the choice to either use the site for communication and messaging or make a phone call. After 3 or 4 messages back and forth with my driver Tobias, and the realization of a mutual love of skiing, I trusted that this was the way to go. And best of all – it was to be just 16 Euros! Amazing.

We met the driver at the central station in Innsbruck which is common as it’s safe and easy to find. My friend Tobias was with me and met the driver, they also had one anothers phone numbers so I felt comfortable. I farewelled my friend and jumped in the car with our driver and another passenger to Nurnberg. We chatted the whole way and I really enjoyed the conversation. The 3 hours went fast, with a brief stop in Ingolstadt to pick up another girl who didn’t realliy join in the conversation and just sat quietly in the car. I really liked learning about Tobias and about how the ewhole system works and to me, it seems great. They save on petrol and also help others and don’t have such a boring drive.

Highly recommend this service for anyone travelling in Europe with a bit of flexibility in your plans. It’s very affordable, you can meet some great people and in a car you often get to see much more of a country. Two thumbs up!