“Gwa” means Air and “Dar” means door, and the word Gawadar means ” The door of the wind” is the world’s largest deep sea port lies in southwestern Pakistani province of Balochistan. The design and construction of the port is carried out in collaboration with China and it has just started it’s operation.It’s going to emerge as a world’s biggest skyline due to it’s capacity and infrastructure of handling bulk carriers. It has been declared as a Duty Free Port and Free Economic Zone by the Pakistani government that has increased the commercial worth manifolds. It has an immense geostrategic importance as it is the entrance to the Persian Gulf and is considered to be a substitute of Dubai Port. 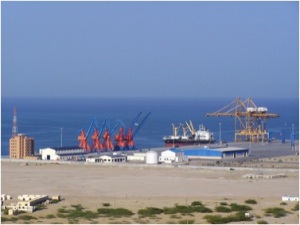