1. The state or quality of being decent; propriety.

2. Conformity to prevailing standards of propriety or modesty.

a. Social or moral proprieties.

b. Surroundings or services deemed necessary for an acceptable standard of living.

Common decency in my books means treating  others as you would wish to be treated, being generally courteous and polite to others. It doesn’t ask a lot of any one person, it simply asks for manners. Aparently for some …. This is a bit much.

Yes this is one of my rants! Be prepared!

I recently had a  friend , we shall call him Captain of the Rude Brigade for the purposes of this story, really wrong me and it shocked me to my core. A friend of 3 years to be so rude to me and to treat me as if I were someone he had just met, or even a sweater he no longer wanted and discarded. 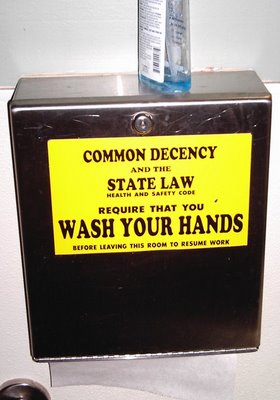 Low and behold my wish came true… but not how I had imagined!The Captain had to make a phone call, so he went off around the corner and finally I could relax and sit with my friends. I hadn’t even had a chance to talk to the hosts really as my rude friend needed baby sitting.

10 minutes past. Bit strange, but I guess it was a long call.

Expecting perhaps a re-appearance or an extremely apologetic reply with a adequate reason as to why he had not said au revoir.

1 hour passes. Embarassing! My friend who I arrived with asking where Captain of the Rude Brigade has gone. I by this point do not care.

“Hey, I just houdinied out of there. My mate swung past and picked me up. Sorry didn’t say bye. Speak to you tomorrow.”

ARE YOU KIDDING ME?

That’s an acceptable way to say farewell to a friend in your world. Really? I was gob smacked. Fuming. Over it. All at once. I had no words. I deleted the message and walked on… at a quicker pace… beverages were needed!

When we reached the bar, my friend and I needed a beer… a jug in fact! Captain of the Rude Brigade was getting out of my head ASAP and I was going to get well and truly sozzled.

We meet a slightly aggressive, very forward, Irishman who has takena  fancy to my friend. Ok he is harmless and slightly amusing so we let him stay, even though she clearly has no interest in him and he is rather intoxicated.

He ponders as to why I am s feisty and sharp.. I explain, with somewhat less detail then this, the practice of common decency, and how a friend no less should treat their friends with such. He agrees and we carry on.

5 minutes… not even.. after this conversation. A girl approaches our table. Clearly the friend of mr Irishman. He proceeds to take the beer jug from our table and pour his lady friend a drink and chat and laugh away with her. After she leaves he turns back to the table to find a rather horrendous look on my face.

I have plastered on my face a look of disbelief, fury and shock all at once. I explain to him that it was just 5 mins ago that I was telling him a story about how a dude had been rude to me tonight and how innapropriuate that was. He didn’t get the point of my story… so I broke it down for him in some plain (and somewhat profuse language, which I wont use heree English!

“You do not hit on a girl, tell her she is beautiful, ask her on a date then take HER beer, and give it to ANOTHER girl”.

Puzzled… he inquires… “wasn’t that my beer?”

No nong head! It wasn’t.

Learning about the land.
Vietnam 🇻🇳 brought to you in #Melbourne!
Larapinta Trail.
Melbourne
NAIDOC week begins this week.
Travelling with my baby.