Save the Queen India Style

This may sound like an unusual name for a game which we  WERE PLAYING IN INDIA, but that’s how we roll.

Save the queen is a drinking game where one drops a coin into someone elses drink and when this happens, they must consume the rest of their drink. The reason behind the name is that the game is played by us in Australia and on our coin is the head of queen Elizabeth. So when she drops into your drink, she is drowning. Therefore, you must save her!! SAVE THE QUEEN!

WE began this game on the second evening of the wedding celebrations and carried it on for 5 nights. However, we had to change the name as the Queen is not on the Indian coins, due to the fact that they are a republic. So instead we played SAVE GHANDI or SAVE THE LION!

The game was a huge success, especially as you don’t have to play it continuously it. It carries on throughout the evening and at any time, the queen/lion/ghandi may need to be saved. Everyone is included whether they choose to play the game or not. On the second night of the game, we had the groom, the father in law and some of the grand fathers playing. Everyone gets involved!! 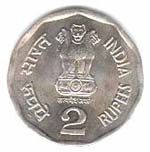 There are some rules of play which should be observed:

Enjoy the game. Apologies for corrupting and sabotaging the Indian culture with my Aussie drinking games.